by Alba Fores
in Mobile Phones
0 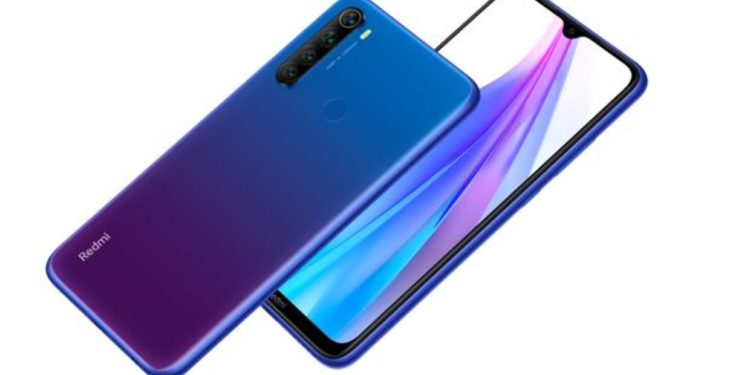 Chinese technology companies have long stood out for developing quite complete smartphones at reduced prices. For example, Redmi , a subsidiary of Xiaomi , recently launched its Note 8 Pro . A terminal that brings together all the great trends in telephony: screen above 6 inches, reduction of the notch to the minimum expression and multiple rear camera. The result, as we explained in ABC, was quite good. But now the Asian company is unmarked with a ” low cost ” review of this terminal that offers virtually the same for much less: the Xiaomi Redmi Note 8T, which can be purchased from 179 euros.

With regard to design, the Asian has not gone crazy and has created a “smartphone” quite similar to the 8 Pro . As with this, the front of the 8T ends in four curved corners. The screen, however, has a smaller size ( 6.3 inches ) and has a wider notch. Despite this, its dimensions make it more manageable and comfortable. Especially when carrying it in your pocket.

In turn, and as with his older brother, it is available in metallic shades, which although they look great are easily given dirt. The “smartphone” also has an LCD screen with Full HD resolution . Something far from what devices that mount Amoled technology offer; However, it gives good results.

Going inside, and unlike the Note 8 Pro, Redmi has chosen this time to provide its new “smartphone” with one of Qualcomm’s new chips: the Snapdragon 665 . A processor, designed especially for devices that move in the mid-low range, which offers good results in the “gaming” and in the photographic section, which is precisely where this phone shines most. It is available in three different versions. The most economical is the 3 GB of RAM and 32 GB of storage (179 euros); This is followed by the 4 GB and 64 GB (199 euros). Finally, we find the 4GB and 128GB (249 euros).

The multiple camera that looks is housed in a vertical module located in the upper left corner of the rear. It is composed of four sensors; one of 48 MP , an ultra wide angle of 8 MP, a lens designed to capture macro images of 2 MP and another depth of another 2 MP. It also has a lens on the front that reaches 18 megapixels. The quality it offers is good, although it is somewhat far from the Note 8 Pro , which has a 64-megapixel sensor and another one designed for selfies that reach 20.

What draws attention uniquely to this device is that it has NFC technology (short range wireless communication system between devices), which is not very common in the mid-low range. Regarding the battery, the 8T is set at 4,000 mAh . Enough for the terminal to endure, with just one normal, for more than one day. It also supports fast 18W charging , as does the Note 8 Pro, which allows the device to be 100% charged in about two hours.

It is appreciated that the Chinese has continued betting, at the same time, for the USB-C type connector and for the classic 3.5 mm “minijack” port.