What Do You Know About the History of Slot Machines?

by Alba Fores
in Business, Casino
0 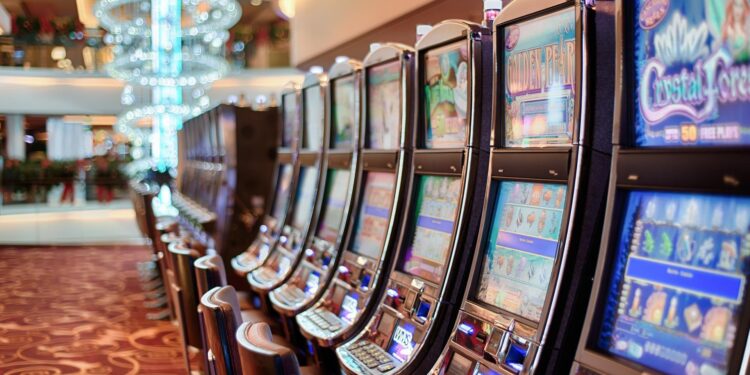 Slots are one of the world’s most exciting and widely played casino games. It has existed for years and evolved to what we know today. If you love playing offline casino games, slot games online, or reading about gaming, there are chances you’ve come across this game type.

However, what do you know about slot machines? We will share a brief history of this exciting casino game.

It is thought that Charles Fey was the inventor of Slot Machines, but it is not true. The earliest slot machines were built in New York by Pitt and Sittman in 1891. They had 5 reels, and each spin showed a poker hand. They had no way to pay anything, and the owners of the machines needed to give the prize, depending on the poker hand-drawn.

Most of the prizes were drinks. Of course, a few cards were missing to prevent a royal flush from being made, and so began the story of slots and the house edge. However, we were still far from Slots playing in online casinos.

Then came Charles Fey, who created the Liberty Bell at his home in San Francisco and called this new invention “the Slot machine.” San Francisco suddenly became the Mecca of Slots history. People couldn’t get enough of the “cast-iron beasts.”

The first machine in the history of Slot Machines was nothing like what is found in Las Vegas and online casinos today. Instead of fruit symbols, it had stars, horseshoes, and playing cards, like spades, diamonds, and hearts. They worked very simply and are still sought after by slot machine collectors today.

Fey then built a machine that was met with approval from Bay Area slot machine enthusiasts. He called this new machine “the Operator Bell Slot Machine.”

It began with the renowned “fruit design,” with cherries and the number 7. The history of Slots was about to change. Fey was promptly copied and later stolen.

Fey started out making gumball vending machines with his subsequent designs. Anti-slot sentiments were becoming popular throughout the West. Vending machine owners were unfairly penalized as the public’s distinction between vending machines’ game mechanisms was unclear.

Fey was also the target of corporate espionage, and one of her prototypes was stolen. The Bell-Fruit Gum Company in Chicago suddenly started making slot machines that offered gum.

In the slot, one of the symbols was a stick of gum. The BAR symbol remained throughout the years, just as it does in online casino slots today, thanks to the marketing efforts of the Bell-Fruit Gum Company.

Bugsy Siegel, the father of the Las Vegas Strip, needed a strategy for his new Flamingo Hilton casino. He needed something cheap and with simple rules to entertain the wives and girlfriends of men playing casino games and poker while the men could play longer.

Bugsy commissioned the creation of a new and improved slot machine that would be more exciting and harder to outwit. In a generation, Bugsy would discover that slot machines were more than just a cheap and simple invention. These made more money than board games.

Near the beginning of the 1960s, the design of Slot Machines had become entirely electric. The history of slot machines left behind all traces of the memory of Charles Fey’s mechanical design.

Slots became more reliable, harder to fake, and had more unique features like motorized coin chutes that made payouts easier and electric chimes to let casino employees know when each jackpot was hit. That increased the number of Slot Machines in a casino easier to manage with fewer people. Without that design, casinos would need an employee at each row of slot machines.

Back in the late ’70s and ’80s, the Slots began to use microchips. The logic worked with a random number generator to decrease the Slots’ costs. At first, people didn’t like it, so manufacturers imitated old slot machine sounds, actions, and feel. You can still find them in the slot machines of online casinos.

Finally, once freed from everything that was not microprocessors, the history of Slots brought other innovations to the world, such as Progressive Slots, which gave huge jackpots because the machines were all interconnected, even between different States sharing the same jackpot. Multi-line slots and video slots suddenly gained new players as fans.

There are currently many variations on Fey’s idea. Online casino slots software is identical to casino slot machines, keeping the distinction between the two.

The good news is that now you can enter Slots history for yourself. Try to play Slot Machines at various online casinos at any time of the day.