by Alba Fores
in iOS
0 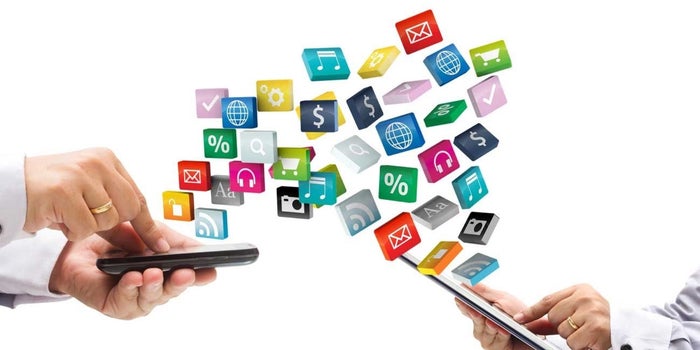 Every new concept and technological advancement brings significant growth in the mobile app development industry. Some of the trending concepts that are dominating the digital world are IoT, AR, and VR that have changed the mobile development scenario regardless of the type of operating system being used. Combining these revolutionary concepts in mobile app development can lead to the birth of next-gen mobile apps that have highly-interactive, adaptive and high-end security features. iOS app development has emerged as the leading development platform where innovation meets technology. Apple has indeed made this platform a paragon of innovation and quality. Every year, the Apple Infinite Loop in Cupertino, California, comes up with new features and upgrades related to software and hardware. As a result, it has introduced a new version of iOS with advanced features which has compelled every iOS app development company to upgrade its technologies and skills to deliver high-end iOS applications for their clients and users.

App security is one of the major concerns for every mobile app development company. Every year, Apple’s iPhones come with sophisticated and high level of security features that make difficult for the cybercriminals to hack the device. Probably, this is the reason why iPhones are becoming globally popular. Furthermore, Apple has made the App Transport Security (ATS) compulsory for each new app that is being uploaded in the App Store. With mobile apps being more vulnerable to cyber threats, it has become essential for every mobile development company to ensure app security during the development process.

With the AR and VR evolving every year, we are certainly going to witness an immersive experience in the next couple of years. The introduction of ARKit 2 has made it possible for the iOS developers to create apps that can help the users to share their experiences.

The inception of AR and VR has enabled the users to see the same AR object from various angles across multiple devices. The gaming world has found these two technologies very helpful in their iOS gaming app development process. Apple is constantly improving the ARKit 2, hence, giving a lot of potential to every iOS app development company to build more powerful AR apps in the future.

In this digital era, where smartphones have become an integral part of one’s life, mCommerce has witnessed tremendous growth. Most of the people use mobile phones for making online payments through mobile app wallets which makes app security a matter of concern for every mobile app development company. Apple’s App Store is booming with several apps that require a payment gateway integration for in-app purchases or premium upgradation. Apple has launched a digital wallet named Apple Pay whose integration allows secured payment or transactions. This also allows users to store their debit or credit card details safely.

Cloud-based applications have helped the users store and access data easily no matter where they are. Every startup nowadays is looking for this functionality and hence, gives opportunities to every iOS app development company to focus on cloud integration and provide cloud storage solutions through applications.

Cloud-based applications can be beneficial for enterprises as they can reduce hosting costs, provide storage space, and improve productivity. Users can access their stored data including images, music, videos or documents anytime from anywhere.

With the introduction of the CoreML framework, developers can now make intelligent and smart applications for multiple Apple devices. The powerful integration of CoreML framework with Siri, camera and QuickType has made it easier to build highly-responsive and interactive apps in less build time.

In this ever-evolving digital world, the CoreMl framework will also gain popularity and the time will come when this will become an integral part of the iOS app development process.

With more people switching to using Siri, iOS app development companies are striving to find solutions and possibilities to combine artificial intelligence with Siri. The recently launched Sirikit can integrate AI with Siri effectively, thus, allowing the users to access the app features with the help of Siri. By combining Ai with Siri, we can witness more WatchOS applications in the upcoming years.