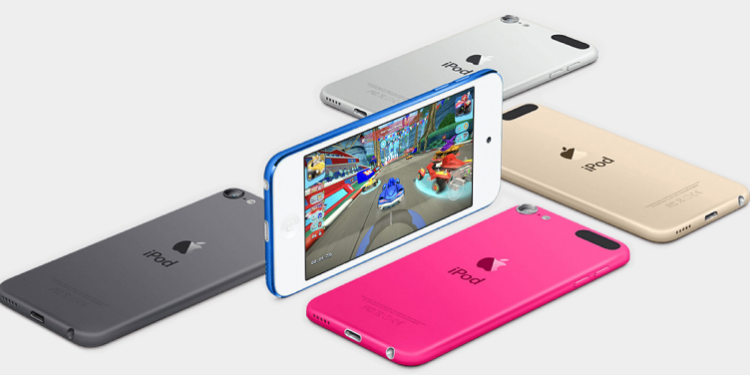 Apple announced the discontinuation of their most iconic music player, the iPod Touch after 15 years and seven generations of the product. The iPod line was introduced in 2001 as a way to replace and sync digital media with a desktop computer. Over the next decade and a half, it became one of the best-selling music players of all time, but in recent years it’s been slowly overshadowed by Apple’s newer products like the iPhone. In a public statement, Apple said they would phase out iPod production in order to focus on newer products.

It’s part of a larger movement by Apple to transition from the mass-market consumer market into higher-margin markets like the automotive industry. Critics have claimed that this discontinuation signals a move away from music.

The iPod Touch has been a defining design element for almost a decade. It is a sad day when the best-known music player of all time feels antiquated. When the iPod first launched it was able to store 1,000 songs and was designed by the team that later designed and invented the iPhone we know and love today. The iPod touch was revolutionary for its time, with newer models housing a full touchscreen.

Despite being a refined and updated product, the iPod Touch was not able to sustain its popularity. Like many other Apple products, its form factor and appearance have changed many times over. There were models with colour screens, models which could connect to Wi-Fi networks, as technology developed. The iPod touch was revolutionary for its time, with newer models housing a full touch screen like their latest handset which uses a ceramic shield, exclusive to Apple iPhones.

Contents hide
1 How did the iPod change the music industry?
2 How Apple killed iPod
3 How technology changed the way we listen to music now

How did the iPod change the music industry?

Apple’s iPod changed the way people listened to music. The iPod allowed users to organise and listen to their music without a computer. Prior to its release many people were simply copying CDs and carrying their CD cases with them. By using a portable device it allowed us to listen to whatever we wanted in our pocket, whenever we wanted. Even though the first version of the iPod was able to store all 1,000 songs on one device with 5GB, this feature was seen as a drawback by many because of technological advancements quickly filling iPod hard drives at that time.

The iPod and iTunes sparked a new era of music. When Apple introduced the iPod in 2001, it didn’t just change the way people listen to music. They also changed how record companies formatted and produced their albums from then on. The iPod opened up new possibilities for artists who were able to produce music specifically for it. It allowed artists who were not very well known to get their hands on an audience who could listen to them for hours on end.

They released the iPhone! Apple has always been best known for its gadgets, but iPods are a whole different story. They are like mini computers with so much more power than an iPhone, but there is no phone capability. Although most people would use the devices for basic music, the key to its success was originally all in the software. The iPod was born of iTunes, a piece of software that changed everything from how we buy music to how record companies release albums.

By focusing on other areas like autos and making iPhones, it seems that Apple has abandoned their core market and content providers who used open standards (iTunes opened with MP3 format). The iPod Touch was a great product, but nobody knows about it anymore, especially as our smartphones can carry out the function of the iPod and much more.

How technology changed the way we listen to music now

Nowadays, it is rare to listen to music through hardware that isn’t a phone. Everything else seems so outdated, but the question is where will music listening go now? Music is made for devices like the iPhone, which has its own audio quality that is lacking in iPods. The only way we can carry our entire library with us is through the cloud, however there will be some resistance from users to use their data because streaming has a lower audio quality and people are not always able to stream music if they are in certain areas or on certain plans. Perhaps engineers should focus on ways of improving the audio quality of music streamed from phones as opposed to making hardware products that have been proven time and time again not to work well in this sector.

Despite the discontinuation of a great product like the iPod, there are still some who believe that music should be free and they resent Apple’s move to charge for products on their current devices. They claim that by charging for music, they are somehow “stealing” money from artists who should be paid for their work. In reality, it goes in line with the movement towards higher profit margins like Tesla and other electric vehicles as opposed to fuel-based technology. By Apple working on other areas like cars and by consumers using services from companies like Spotify rather than iTunes or Google Music, Apple has done nothing wrong at all.