Most Popular Online Games of 2022

by Alba Fores
in Game
0 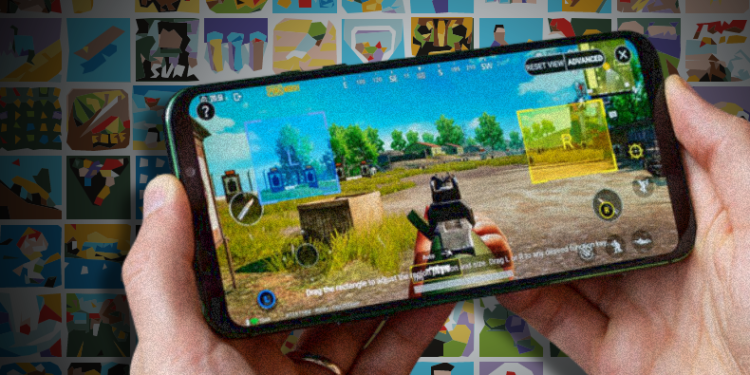 Video games were once considered an infant industry, but they are more popular today than ever. The availability of new generation consoles and gaming equipment has taken the experience levels for gamers to another whole level!

Indeed, Video games have become more advanced over time and now provide an unparalleled experience to gamers. With console generation after console and new releases every day, it’s hard not to get hooked on the video game culture. The gaming industry has become so big in fact, that many gaming marketplaces now exist to sell accounts, items, and even boosts to players around the world!

We know many players like you are interested in learning what games are most played around 2022, so let’s get started right away. Here is our list of the top 5 most played video games in the world right now.

The Minecraft player count in 2022 proves that Minecraft is still one of the most popular games on the video game market. Between 2.8 million and 3.6 million people play Minecraft concurrently every day across all devices.

Minecraft was created by Swedish game developer Markus Persson in 2009. The video game Minecraft is a construction-based game that allows players to build structures and worlds using blocks. The game has been praised for its creativity and flexibility and its ability to be played both alone and with others. Minecraft has sold over 200 million copies worldwide, making it one of the best-selling video games of all time.

PUBG is a battle royale-style video game, and it is played by up to 100 players on a large map, with the objective being to be the last player standing. Players can choose to play solo, with a duo, or in a squad of up to four players.

The game starts with all players parachuting onto the island from a plane. Once on the ground, players must scavenge for weapons and other items to help them survive. As the game progresses, the safe area on the map continues to shrink, forcing players into closer quarters and leading to more intense firefights. The last player or team standing wins the match.

PUBG: Battlegrounds has been incredibly popular since its release, with millions of players worldwide. The game has received praise for its mechanics and gameplay, but it has also been the subject of some controversy due to the influx of cheating malware.

In terms of active daily players, PlayerCounter suggests that Fortnite has between three to eight million concurrent players, depending on the time of day. This number can get higher around special times, such as in-game events or seasonal patches.

Fortnight is a video game that has taken the world by storm. It is an online multiplayer game that pits players against each other in a battle to be the last person standing. The game is extremely viral and has attracted millions of players from all over the globe. Fortnight is a free-to-play game, meaning that anyone can download and play it without having to pay any money.

The game is available on a variety of platforms, including PC, Xbox One, and PlayStation 4. Fortnight has been praised for its addictive gameplay, high-quality graphics, and intense competition. If you’re looking for a new game to play, Fortnight is definitely worth checking out!

On average, there are over 700,000 concurrent League of Legends players and somewhere around 715,000 in 2021, to be precise. There are 150 million registered players in League of Legends, and active players comprise over 116 million at any given moment.

League of Legends (LoL) is a five-player online battle arena video game designed by developer Riot Games. LoL was released in 2009, and it is a free-to-play title supported by microtransactions. LoL is one of the most popular Internet games. According to Riot Games, it is played by 650 million people.

In League of Legends, players assume control of an avatar, called a “champion,” from their computer screen. Each champion has unique abilities and differing styles of play. Players can use champions to battle through minions, enemy champions, and turrets controlled by the opposing team in an attempt to reach the enemy’s base “nexus.” Each League of Legends match is discrete, with all champions starting fairly weak but increasing in strength by accumulating items and experience over the course of the game.

The recent League of Legends series Arcane, released on Netflix, has pushed its popularity to a new height in the recent couple of years. If you haven’t played this game, don’t miss out!

According to Steam Charts, GTA V Online hit an all-time peak player count of 360,761 all the way back in April 2015 when the game first arrived on PC.

It’s safe to say that GTA V Online absolutely isn’t anywhere close to ‘dead,’ with the game having a healthy player base across Steam and Epic Games and the next-gen edition likely bringing in hundreds of thousands more.

The open-world design lets players freely roam San Andreas’ open countryside and the fictional city of Los Santos, based on Los Angeles. The game is played from either a first or third-person perspective, and its world is navigated on foot or by vehicle. Players control the three lead protagonists throughout single-player and switch between them both during and outside missions. The story follows a heist conducted by the protagonists; it soon descends into chaos.

The 5 most played video games in 2022 are listed above. This article is based on various reference articles across the web, so please let us know if you think any others deserve to be included.