How does Google nest WIFI work?

by Alba Fores
in Gadget
0 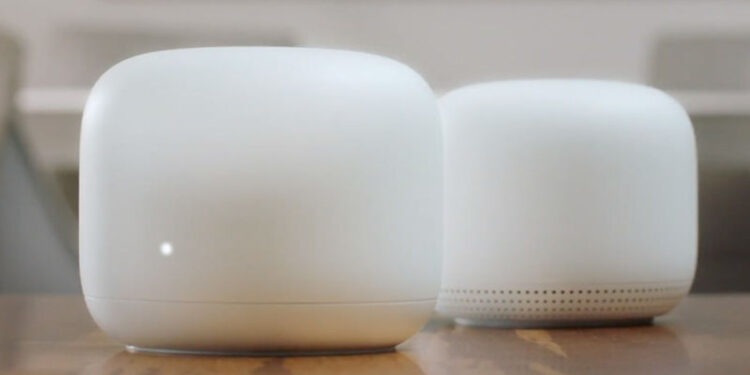 The nest WIFI is a follow-up product to the successful Google WiFi mesh router system that the company released a few years back. The principal value prop of the nest WiFi is that it will give you better coverage in your home versus the setup that most people still seem to have, which is just one router at one point of their home.

The nest WiFi system can expand to meet your home’s needs only using its mesh network set up. How Google nest WiFi functions remains an interest among many internet uses, and here we’ve got the particulars you need to know.

The main components of the next WiFi system

Before we dig deep into all these details, here are important notes to make about using the Google nest WiFi router.

You can either take the modem provided to you by your ISP or buy your own, which is certified to run on your ISP network.

What makes the nest WiFi so different?

Multiple reviews already have it that nest WiFi is different from the typical routers we use at home, but how does this come about? A key reason here is because it is a mesh router setup. A mesh network allows you to add more points to the network to expand your WiFi coverage to ensure that you get a good WiFi signal in your residence.

The router is designed to be plugged into the modem and is the central part of the WiFi system. It also includes an extra Ethernet port so you can hardwire devices into it. The points are small routers with less powerful antennas that you place throughout your home to help blanket the environment with good WiFi coverage.

These points also have another purpose; they can act as Google assistant speakers. You use the top of the WiFi point to control the Google assistant. It is very similar to the nest mini’s controls, and the sound is excellent on the nest point.

This system sounds better than nest mini, it has more bass, and overall many compare it to the Google Home speakers, though with a more transparent sound from their experience. Now instead of lights at the top, like you have with the nest mini, there is a cool ring light at the bottom that will glow different colors for different assistance tasks like phone calls being on mute and so on. See more of what Google Assistant can do on various devices.

If you do not want to use the WiFi point as a Google Assistant speaker, no problem, you can mute the microphone at the back of the device, which will physically disconnect the microphone from power. You can turn off the light at the bottom of the nest WiFi point in its settings in the Google Home app. Still can also turn off the status light on the nest WiFi router in its settings through the Google Home app as well.

Google designed these routers to look like something that you would be fine putting out in your home. Typically they should not appear like something so alien-looking with a bunch of antennas that you would rather hide somewhere, and there is a reason for this, you get better WiFi coverage when you leave your router and points out in the open.

Overall, we found the design excellent. We are a big fan of the matte finish that Google has been giving their products as of late, like with the new pixel buds. The buds finish allows nest WiFi router and points to pick up some of the ambient light around it, making it blend in a bit better to its environment.

Specifications of the Google nest WIFI

Both the router and the point support 802.11s mesh WiFi and WPA3 encryption, and they’ll get automatic security updates as well. Now, note that this system is not a WiFi 6 system, which is the latest WiFi standard known for handling many more devices on a network.

Given the slow rum-up from the consumer tech companies like Apple on supporting the WiFi 6 standard, it is highly less of a deal as some make it out to be that the nest WiFi doesn’t support WiFi 6.

The nest WiFi system does other things to help improve your network performance. Some of these include; proactive band steering and channel optimization, which allows the router system to look at all the channels in your environment and utilize the less busy ones giving you better performance.

Google also has a Google WiFi App that you can still download and use with your system to upload from a Google WiFi System. The setup process is relatively straightforward for the router system. It will tell you if you have placed your points into the right places around your home, and overall, it is just an effortless setup experience.

Note: While setting your phone as the management device for another home, you must include yourself also as a member.

As we wind up on this, let’s look at some of the top recommendations most people would want for the nest WiFi router.

Do we recommend the Google nest WiFi?

Yes, we do. It is a substantial upgrade over the Google WiFi system thanks to the new WiFi point’s Google Assistant integration. How many should you get? We would use google’s tool on their website to help determine that.

Note: The number of routers you may need will always depend on the number of stories the building has and how open the floor plan is. Finding a networking expert will help you with quality planning and setting up your network system.