by Alba Fores
in Android, Software
0 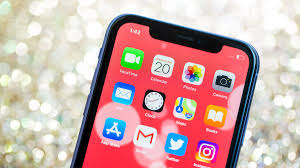 While prank calling has been a favourite pastime for many kids of yesteryear, today you’ll find fewer people are playing them.

The reason why making prank calls have dwindled in popularity could be that it’s simply too risky to make one, where a careless exposed Caller ID could leave you on the wrong side of the law.

That’s where prank apps come in! A prank app lets someone mischievously fool around, from the convenience and safety of their smartphones.

Not only are pranks safer to pull off thanks to technological advances, but users have access to a tonne of new prank ideas.

Below we have compiled our best prank app recommendations, saving you the time of downloading and uninstalling the useless ones. So without further delay, let’s get started!

If you’re a fan of prank calling, you may have heard of the OwnagePranks youtube channel. But did you know they also have a prank dial app?

The OwnagePranks app contains over 100 prerecorded calls automated to play at the start of a phone call, so you’ll never have to fumble and trip over your words trying one yourself.

Each prank call offers a different prank scenario which can be applied in a variety of everyday situations – an irritated uber driver who’s been waiting too long or a hacker asking for your password over the phone.

Since it’s a prank call simulator pretending to be a person, the app relies on its speech recognition software Ai to ensure calls go as natural and humanlike as possible. The Ai does so by detecting keywords even detects silence, responding at the correct times as a typical person would.

If listening in to prank calls isn’t your thing, and prefer to do it yourself then ‘Call Voice Changer’ could be what you need!

While many of us love prank calls, we often get caught because of our inability to change how we speak. This app instantly resolves that issue, transforming your voice into the sound options offered.

Sounds are highly entertaining, which allow users to adjust their voice pitch. With a quick screen tap, users can fool their friends by using multiple voice transformations during a live call, giving the impression many people are on the line.

Apart from voice changes, additional sound effects can also be used, such as a bomb, cars colliding, gongs, sirens, and so much more.

After installing the app, connect your smartphone to the internet to start making calls. Call Voice Changer proves far more time-efficient compared to most voice changers, as you’re not required to make a prerecording first to apply voice transformations.

This prank app provides the most versatility as prank scenarios will be entirely up to the user. Fake Call and SMS use the fundamentals of a smartphone, letting you schedule fake incoming calls and text messages.

So how does this translate into a prank? Let’s say you’re at work, the Super Bowl Finals are on, and there’s no way you’re not watching it live. Organize a fake call to instantly ring you, pretend to engage and afterwards tell your boss you have an emergency.

Whatever prank scenario you play is up to you, so be as creative as you like. Incoming text messages may even more convincing since you’ll have visual proof to show your friends, the app also let’s alter your inbox and outbox.

For the reasons above and it remains among the most popular Fake Call apps to download today.