The Best Voice Changer App for PUBG & Other FPS Games

by Alba Fores
in App
0 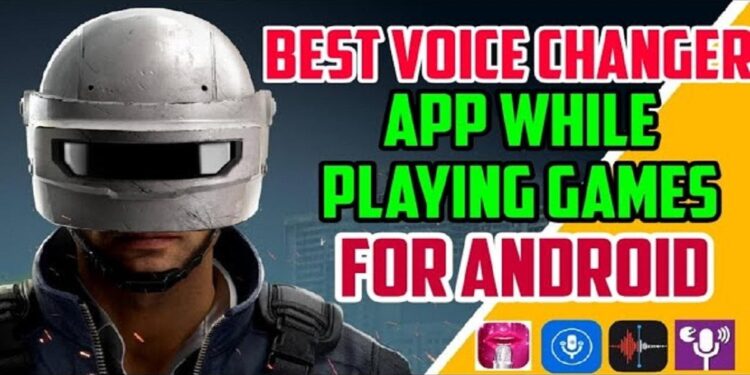 PUBG Mobile is a well-known game that is available not only for Androids but also for some other platforms. But when it comes to Android, there are certain features that make the game more interesting and entertaining for the players.

Here I am actually talking about the MIUI Voice Changer, which lets you change your voice into any other voice. It is likely many of you know about this feature or tool already. However, if you do not, then you will definitely learn more about it in this article.

This is can be a built-in feature in many smartphones and in some it may not be. Therefore, you will also learn about some alternatives to that. With this article, you will discover the best voice changer App for not only PUBG Mobile but for some other games as well.

What Voice Changer App Does in The Game?

Voice Changer is something that most of us are familiar with. But it has different usages in different ways. You will surely find some apps to convert your voice into any other voice. However, sometimes those cannot work with the games or some specific apps on your phone.

As our main topic is quite relevant to a game and that is on Android, therefore, I will try to focus on Androids. This Operating System is the best choice for those who want the freedom to use desired games, apps, or tools. So, this gives you a little freedom for that.

You will find thousands of voice changer apps in the Play Store as well as some other third-party stores. So, they usually offer different voices such as female, kids, giant, bot, and many more. These are mostly designed for voice calls and chats.

Mainly these are intended to entertain users. So, it is quite rare that some use it for a serious purpose. However, when it comes to games, most of them are not compatible. Therefore, you cannot try them out in your favorite games.

Nevertheless, there are certain smartphones such as Xiaomi that offers built-in Game Booster tool. In that tool, users can also explore some other features, and a voice changer is one of them. So, MIUI Voice Changer is specifically designed for Xiaomi smartphones.

But the best thing is that Xiaomi phones come up with Android Operating System. Therefore, you can use this app in some other similar apps as well. However, there are some other such apps that you can use as an alternative. But these tools are rare and very few works.

Voice Changer Mic for Gaming is the app that you can use to change your voice in the game. So, it is not only useful for PUBG Mobile, but also for Free Fire, BGMI or Battlegrounds Mobile India, and a few more. You can try it on many other games.

However, the usage process of this tool is quite tricky. Further, you may need some other tools along with this app. You will get the app right in the Play Store that is free to download and use. There you will also get the guide.

Game Booster is developed for the Xiaomi phones and I have already mentioned that in the above paragraphs. However, there are some other similar apps on which it works. But there is no confirm list for that. So, you will have to test it manually on your smartphone.

But this works in real and offers better voice quality as compared to many other similar apps. You will download the app from the Play Store. It is free and there are no premium charges at all. To make it work, you don’t need any other device or tool.

So, just select the voice in which you want to convert your voice and then simply start speaking. Even you don’t need to record or hold any other smartphone along with you. Speak live and it will convert that into desired voice.

VoiceFX is developed by the MOBZAP that is quite different from the above tools. Here you are supposed to record your voice and then play it directly in the game. You don’t need to minimize or maximize the game to make this app work.

You just need to install and launch the app on your phone during the game. You will get a small window or a floating window on your phone’s screen through the gameplay. Just tap on that window, record your voice live and then play it.

I hope this article will help you to find a better Voice Changer App for PUBG. These tools are quite interesting and you can use them in many other FPS games. Moreover, these are free to download and use. There are no premium features at all.