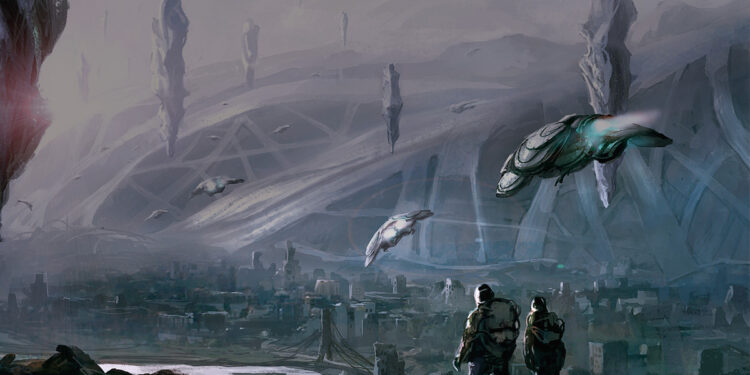 What is Computer Graphics

Computer Graphics is a field of study that focuses on the creation and manipulation of visual images with the use of computers. It encompasses a range of techniques, from simple two-dimensional drawings to complex three-dimensional animations. It is often used in various industries such as film, gaming, advertising, animation, virtual reality, and industrial design.

Computer graphics can be divided into two categories: raster graphics (also called bitmap graphics) and vector graphics. Raster graphics are made up of individual pixels arranged in a grid pattern to create an image. This type of image is ideal for photographs or highly detailed images as each pixel contains its own color information. Vector graphics are made up of objects like lines, shapes and polygons that can be manipulated and moved around on the page. Because the objects have mathematical equations associated with them, they can be scaled without losing quality or detail.

Computer Graphics also involves 3D modeling or rendering which are processes for creating three-dimensional representations of physical objects as well as scenes in a digital environment. The main goal of this type of computer graphics is to accurately represent real-life objects or environments so that they appear realistic when viewed through a computer monitor or other display device. To do this, 3D models must be created from actual measurements taken from physical models or real-world locations using specialized software applications such as AutoCAD or 3ds Max. Once these models are created they can be manipulated to create sophisticated animations featuring realistic movements and lighting effects.

In addition to its use in various industries, Computer Graphics has many applications in everyday life such as web design, mobile applications development, video game development and graphic design for print media projects. It also plays an important role in scientific research by allowing researchers to simulate experiments which would otherwise be too expensive or dangerous to conduct in the real world. Finally computer graphics is used extensively in education by providing students with visual tools to better understand advanced concepts such as mathematics and physics which are difficult to understand using traditional methods alone.

Huawei’s Computer Graphics Kit (CGK) is a powerful and comprehensive suite of tools and technologies that provide a comprehensive solution for creating, manipulating, and rendering 3D graphics. It is built on the latest GPU technology and provides developers with the necessary tools to produce high-quality visuals and realistic animations.

The CGK features advanced rendering algorithms that allow for efficient image processing using either CPU or GPU power. This makes it ideal for creating complex 3D models for games, movies, medical simulations, architectural designs, product visualizations, educational applications, etc. The kit also includes an extensive library of textures and materials which can be used to quickly create realistic scenes in any environment.

In addition to its powerful rendering capabilities, the CGK offers various other advantages as well. Firstly, it supports multiple file formats including OBJ/FBX/3DS/STL/DAE/etc., making it easier to import assets from other software packages into your project. Secondly, the CGK comes with a wide range of tools and features such as physics-based simulation capabilities which are suitable for creating realistic simulations involving water or cloth movements. Thirdly, it has an improved lighting system which allows developers to create more realistic shadows and reflections with ease.

Finally, the Huawei CGK also offers superior performance when compared to other solutions thanks to its multi-threading support and optimized shader pipelines which enable higher frame rates even during intense renderings. In addition to these features the kit also provides access to a variety of built-in effects like motion blur and depth of field which can be used for adding additional realism to rendered scenes without sacrificing performance. All these features combined make the Huawei CGK a perfect choice for developers looking for an efficient way of creating beautiful 3D visuals with minimal effort.

Huawei’s Computer Graphics Kit is a powerful tool for creating, editing, and manipulating images for a variety of media applications. The kit includes a suite of software programs that are designed to offer users the ability to create and edit digital graphics with ease. With a range of features available, users can quickly create stunning visuals and share them with others.

The primary function of the Huawei Computer Graphics Kit is to provide users with a comprehensive set of tools for creating various graphical elements. This includes tools such as vector graphics editors, bitmap editors, manipulation tools, special effects filters, and animation/simulation tools. Vector graphics editors enable users to draw simple shapes like lines, circles and polygons using mathematical equations. These shapes can then be transformed into complex designs using different techniques such as filling in background colors or creating gradients. Bitmap editors allow users to manipulate individual pixels within an image in order to create unique effects or clarity. Manipulation tools allow the user to move objects around within their image scene or even delete certain elements from it. Special effects filters give the user the opportunity to apply various artistic stylization techniques, including blurring and sharpening images as well as applying photographic filters such as sepia tone or distortion effects. Finally, animation/simulation tools enable the user to add motion or simulated physics behavior into their graphic scenes by simulating lighting conditions or adding flocking behaviors for characters within an image scene.

The Huawei Computer Graphics Kit also offers additional features such as file format compatibility across different platforms and hardware configurations. This allows users to share their work seamlessly between different devices or amongst colleagues without worrying about compatibility issues getting in the way. The kit also contains built-in support for popular 3D modeling formats such as Autodesk’s Maya so that artists can easily bring their projects over into other 3D applications if needed. Additionally, support for language integration makes it possible for developers to incorporate features from other languages (such as C++ or Python) directly into scripts used within their applications – allowing vast opportunities for customisation in terms of UI design and logic programming behind specific graphical elements in an application’s interface design.

In conclusion, Huawei’s Computer Graphics Kit provides an extensive suite of powerful editing and manipulation tools that are tailored specifically towards crafting visually stunning multimedia content quickly and efficiently – making this an essential toolkit for any professional artist looking to take their creative project ideas from concept through completion with maximum efficiency!