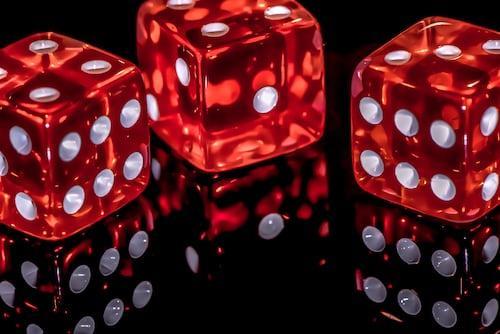 Slot machines have fascinated people for ages. It hardly matters whether they are online or offline slots. However, some gambling enthusiasts ask themselves what technology is actually behind their favorite slot machine. This is often associated with the question of the possible chances of winning, and whether there might be a clever way to influence this technology with some tricks or certain strategies.

For example, https://www.xn--mgbabr8icc.net/ explains which strategies can be used to play the exciting game of blackjack, which can be found in most casinos around the world, in the best and most profitable way.

The long history of slot machines

The fascinating history of slot machines is very long and since their beginnings there has been a tremendous technological development. Back in 1889, the brothers Adolphe and Arthur Caille built the first slot machine. They named the slot “Black Cat”. It then took another 10 years until Charles August Frey in San Francisco developed the famous slot machine “Liberty Bell”. To this day, the Liberty Bell is called the prototype of all modern slots, but that’s not quite right, because the Caille brothers set the course long before.

Since Charles August Frey, despite his enormous economic success, refrained from patenting his slot machine, an innovative market was later able to develop quickly. The first classic electromechanical slot machines were created in 1963, followed after a few more years by the first video slots. With them, the forerunners of today’s computerized slots were born.

Due to the computer-based software, modern slots can be constantly developed and refined. Today, they inspire gamblers all over the world with a wide range of themes, graphics and sounds.

The heart of the slots: The independent random number generator

The heart of a slot is always the random number generator. This is basically linked to a very complex algorithm, which not only controls the switches, but also takes into account various game options. The random number generator is abbreviated with the letters RNG and is constantly active in the background of the exciting slot games. Every minute it generates thousands of random numbers, from which random games are then generated.

In addition to the games, the algorithm of the random number generator also randomly determines the game results. This prevents the game results from following certain patterns and being influenced by fraudsters. For all reputable providers and casino operators, the strict implementation of the random principle is a requirement of the gambling authority.

The programming of the random generator

Slot machines nowadays are completely computer controlled. This allows for a very wide range of fair programming options. To understand how this technology works around the spinning reels and colorful symbols, you need to take a closer look at the algorithm inside the modern slot machines.

The random number generator basically follows the same scheme in every slot machine. The majority is equipped with a system of 3 to 5 reels. These are arranged in 3 rows. The symbols are placed on the reels. The frequency with which the winning symbols appear is adjusted, as well as the arrangement and the winning value, depending on the selected game variant. With each rotation of the reels, the algorithm of the random number generator determines which image will appear next on each reel.

As soon as the player starts a game, the computer generates 100 random numbers. From these, the random number generator determines a combination. This combination is then translated into the pictured symbols on the reels. Thus, it is clear that the respective combination that appears on the reels after a spin always follows the programmed random principle. This also includes special fields or combinations like free spins, win doubling or other bonuses that are popular among gamblers.

But the decisive factor is that the computer does not have its own memory. For this reason, game results are not stored. Moreover, they are not included in mathematical calculations. This is also true for the generation of all future game events. Thus, really every combination is an absolutely independent and purely randomly generated result.

The algorithm is not only a simple mathematical concept, but it works independently from the complex accessories of modern video slots, such as graphics, sounds or special effects.

Mathematical probability and the unpredictable factor of luck

If it is a slot with three reels and three rows, the number of possible combinations is 3x3x3, or 3³, which is 27. The maximum win is then one of these combinations. This results in a statistical probability of 1:27, which in turn equals 3.37 percent. However, this does not mean that with exactly 27 attempts the winning combination will appear. The probability only expresses that you have a chance of 1:27 with every spin.

Yet, when a so-called losing symbol is added to the reels, the chance of the winning combination is automatically reduced. Then the probability would be 4x4x4, or 4³, which is 64.

The gaming operator sets the payout ratio. This is calculated in terms of the desired profit margin and is often between 90 and 100 percent. Often online casinos offer attractive payout ratios between 92 and 96 percent.

Is there a connection between chance and mathematics?

Gambling is a term that immediately suggests that only luck determines the outcome of a game. A common definition for games of chance is that they cannot be influenced by the player’s physical abilities or performance. However, in terms of terminology, luck plays a completely subordinate role. The correct term must definitely be chance.

Mathematics and chance are firmly linked by probability theory as a basic mathematical concept. Even if in the games of chance again and again completely automatically of the luck one speaks, then the factor coincidence is actually meant with it. This in turn is always based on a logical mathematical probability.