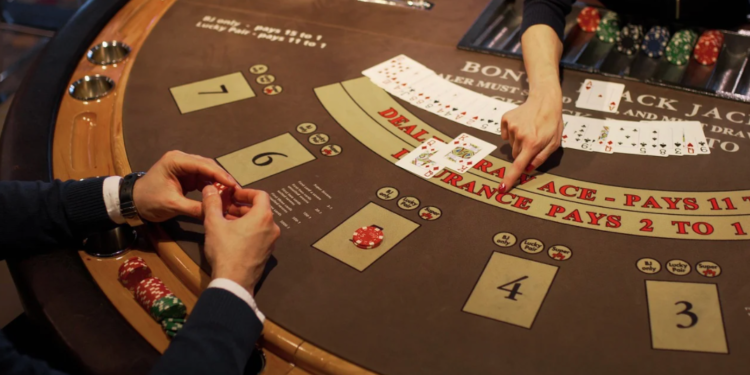 We’re used to talking about the growing online casino industry, new trends, and different casino games. When we talk about the players, the focus has almost always been on the male population, as gambling is considered a male-dominated field of interest. However, that couldn’t be farther from the truth.

Let’s see if and how much do women enjoy playing casino games online, and what are their gambling habits.

Contents hide
1 Do Women Gamble?
2 Types of Games Most Female Players Like to Play
3 The Stigma

Yes, women play casino games. And yes, they seem to enjoy it, which is how we’ve come to a conclusion that a massive portion of all players in the world is female punters. Do visit unfreegames

Sadly, studies have not been focusing on the female audience as much, but there is a growing interest in the female point of view. One website specifically, targets the female audience and aims to bring them relevant info and educate them on the perils of online gambling. Casino Chick, the site in question, is one of many websites that are there to support women who like to play casino games on the internet.

According to Casino Chick, the ladies are not like their male counterparts. It turns out that differences between male and female players begin with the motivation for gaming. While men go into gaming for the adrenaline, women do it mostly for fun. Pure, effortless fun, we might add, as risk and adrenaline are rarely on the list of priorities for girls.

Hence, men might both invest more and play riskier games, while female punters stick to casual games and low wagers.

The goals are also different. Men, because they are prone to higher wagers and temperamental games, expect to earn more. Women find wins for the sake of winning a thrill, and money is rarely the goal for them.

Therefore, yes – women do gamble, and they do it often. However, they don’t do it to become millionaires; rather, they do it because they enjoy mindless fun. This means they are less likely to enter highly volatile games that promise massive payouts, as they are not in the business of wasting money on games are have low winning odds.

Types of Games Most Female Players Like to Play

We’ve mentioned women are into casual games, rather than highly volatile table games. Casual games, especially in online terms, include slots and bingo. In the UK, most female players visit bingo sites that offer video bingo, Slingo, and slots. These game categories are easy to play, require virtually no experience, and are great for passing the time.

On the other hand, men pick stronger games – stronger in the sense that they involve significantly more risk. Blackjack, roulette, and poker are still very much male-dominated niches, with more than 80% of players being men.

Furthermore, online slots are a popular choice for female punters as they are fun and visually stimulating. Most online slots nowadays feature a flurry of colors, bold designs, interesting storylines, and a flurry of boosters that keep the punters entertained for hours on end. With slots, the girls can truly wind down, have fun, and never worry about losing too much money on risky moves. There’s no reason to bluff or think ahead – just spin the button and enjoy the show. The same can be said for bingo, a category we see having a revival thanks to determined software companies who aren’t ready to say goodbye to one of the most popular casual games.

There is a reason why we don’t talk about women in the industry as much. In 2020, GambleAware published a study that explained that stigma is the main barrier for women who wish to seek help. That stigma stems from the fact that women are considered unfit for gambling, and should they find themselves in such a problem, they are highly likely to be ostracized, even more so than men.

They face shame and embarrassment, which prevents them from taking the initiative and talking openly about their problem. This sort of mortification seems to be the biggest enemy of women in their fight against problem gambling. However, GambleAware is not willing to let female players fade into the background.

In January, GambleAware published a report that showed that up to one million women are facing problems with gambling. The organization proposed a string of solutions aimed at tightening the rules imposed by the UKGC, the gambling authority regulating gambling activity in the UK. This set of solutions could mean that, besides talking about it more, it is important to recognize women as an integral part of the gambling industry, a necessary step if we want to honor and protect female players in the long run.