Changes in Royal Mail Services in 2022 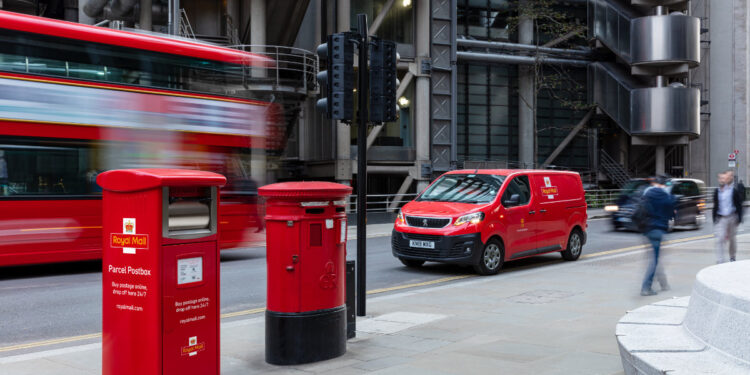 The Royal Mail has announced price adjustments for First and Second Class mail and parcels. This new tariff includes modifications to foreign rates, as well as the addition of a new European zone. The revised rates have been released and will take effect on April 4, 2022.

Everyone hates price hikes, but there are methods to save money on postage, even if your franking machine isn’t a Mailmark or Mailmark Extra. Mailmark Franking Machine customers save money compared to stamp and postal service pricing. In addition, Mailmark franking machines are now the sole way to use Royal Mail’s Business Mail Advanced service.

Given the long-term structural fall in letter usage and rising inflation, Royal Mail has carefully considered these pricing modifications. There has been a nearly 60 percent drop in letter volume since peaking in 2004/5 and a 20 percent drop since the outbreak of the pandemic.

In general, these adjustments are in line with inflation and are required in order to keep Universal Service’s “one price, everywhere” model viable. Royal Mail is required by the Universal Service Obligation (USO) to deliver mail at the same price to 31 million UK homes and business addresses six days a week.

Royal Mail chief commercial officer Nick Landon said: “We recognise that many companies and people struggle in the current economic environment. We will always keep our costs as cheap as feasible.”

“Since 2004/2005, the number of addresses to which our postmen and women must deliver letters has increased by almost 3.5 million, even though the volume of letters sent has decreased from over 20 billion per year to roughly 7 billion. With diminishing letter volumes and rising delivery costs to an increasing number of addresses, we must carefully balance our pricing.”

“When customers’ demands change and shipments become more popular, the Universal Service must adapt to remain relevant. It is imperative that these price modifications are made in order for us to continue to invest and preserve the universal service for future generations.”

When compared to other postal services, the Royal Mail’s stamp prices are still among the most affordable in Europe. 1st Class letters weighing less than 100 g cost £1.36 across Europe.

How Mailmark Clients Can Save More Money

While Royal Mail offers the greatest discounts on Mailmark barcodes if your franking machine already prints them, they are able to offer our customers an even better deal with Mailmark Focus.

Sending First and Second Class mail is now even more affordable thanks to a special rate offered only to our franking machine clients. If 2p doesn’t sound like much, don’t lose out on it!

Confirmation of Royal Mail’s approved price adjustments for 2022 has been released. Starting on April 4, 2022, the Royal Mail will implement a series of adjustments to its services.

For a large First Class stamp, the postage will rise by 16p to £1.45. There will be an increase in the price of a large second-class letter stamp from 9p to £1.05.

Royal Mail said it knew how difficult the present economic climate was for many businesses, and it has taken great care to minimise the impact of pricing adjustments on consumers.

“Increases were essential to maintain the sustainability of the service and that UK stamps still offer good value when compared to the rest of Europe,” according to Royal Mail officials.

1. Why does it take so long for mail to arrive?

2. Why are there delays with Royal Mail deliveries?

Due to pandemic-related concerns, Royal Mail has been facing delays since the beginning of the year. Personnel shortages have contributed to a number of problems within the postal network.

3. How quickly does first-class mail arrive?

Deliveries are expected within two or three working days, including Saturdays, for Royal Mail customers. Priority mail: First-class mail delivery. Royal Mail strives to deliver your letters the next working day, even on Saturdays.

4. Is it possible to count on receiving mail from Royal Mail every day?

5. How long do Royal Mail parcels stay in the system?

18 days. Reinstatement dates must be within 18 days of the original delivery attempt because they keep products for that long before returning them to the sender. A Redelivery must be requested at least 48 hours in advance.