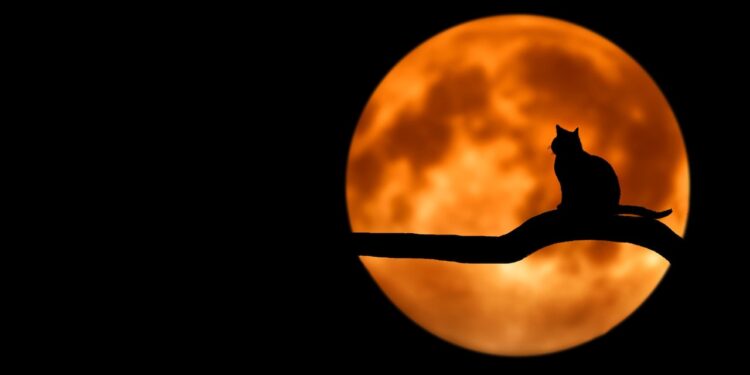 Halloween-themed slots are games that encompass all the thrills, chills, and other kinds of grip-the-edge-of-your-seat elements that bring haunted souls to life. Slot games that are Halloween-themed are very popular for reasons other than just the thrills and spooky animations. You may play these games throughout the year, not just around Halloween, so you may play them whenever you want. Every time you desire to spin the reels, these spooky slots are specifically created to send shivers down your spine.

Based on the ideology of slot creators and developers, some of these games may have several features and eye-catching graphics. Some may offer fewer extra rounds than others. However, they all feature magnificent graphics that are eerie and portray a variety of well-known ghosts. With the many slot game developers out there in the world today, there are many Halloween-themed slots, but which are the best ones to play at? Here are some of the best online Halloween-themed real money slots you can play today.

5 reels, 4 expanded columns, and a whopping 25 fixed paylines. Beginning with four Vikings with ferocious appearances, the game’s emblems are all connected to the subject. They carry a variety of weapons, including swords, bows and arrows, axes, and hammers.

Players in the game are expected to keep an eye out for the large gold wild, which will substitute for all other symbols in an effort to form a winning combination. The Free Spins scatter, however, stands out because it triggers an especially thrilling extra round.

There is an additional game where the Vikings fight a terrifying demon, and gamers will get between 7 and 16 spins in the game. A key rage point is gained by the Vikings if they triumph, and their position will now become sticky. The Vikings will engage in a battle with the lord of chains; they will engage in a struggle with Lucifer to gain freedom.

Helloween is a 10-payline, 5-reel video slot game that pays left to right. When a Scatter symbol appears on reels 1, 3, and 5 in the real money slots game, the Keeper of the Seven Keys feature wheel is activated, allowing players to choose from one of seven features. With the exception of the Helloween Free Spins bonus, which rewards 7 Free Spins, each of the features awards 5 Free Spins. Scatters can also serve as wilds.

Following the completion of all features, there is a possibility at random to activate the Helloween Multiplier, which offers a total win multiplier of 2 times, 3 times, 5 times, or 10 times. The multiplier in Helloween Free Spins can only be used at the very end of the feature and not during any features that are activated inside of Helloween Free Spins.

Immortal Romance, a venerable slot machine from Microgaming, was instrumental in reviving the vampire-themed slot market. The slot machine is renowned for its 243 ways to win, mild variance, and enormous winning potential. About ten years after the launch of the original slot machine, the tragic vampire love story with plenty of teeth has been upgraded with Mega Moolah jackpots. Similarly to the original version, it has a higher variance.

You’ll be thrust into the center of a vampire love story as soon as you place your wager and press the Spin button. The wild and primes both give the largest prizes. It performs the usual substitution function for wins, but it additionally doubles any wins that it is a part of. When the Wild Desire feature is activated, up to 5 reels can become entirely wild, creating amazing winning opportunities.

The game is a well-liked option among gamers. It is set against a set of reels that are on fire and emphasizes the Leprechaun’s terrible doom. The game’s mechanics are quite typical for online slots. The reels are set up with 25 common paylines, and the grid is 5×3. The lower-paying symbols are taken from a deck of playing cards (10 through A), and the higher-paying symbols are taken from some horrifying depictions of Hell.

All other symbols save the pot of gold, scatter, and can be replaced by the Leprechaun and his female companion. Given that there are two wilds, if both appear in a combination, the multiplier will be doubled, offering a 2 times multiplier. You can also choose from a variety of free spins rounds in the game, and one of them may award a substantial progressive jackpot.

As you can see, there are a number of different slots that are available to play that adopt the spooky themes that are ideal to play this Halloween!