Apple Keynote 2022: Will it be another revolution? 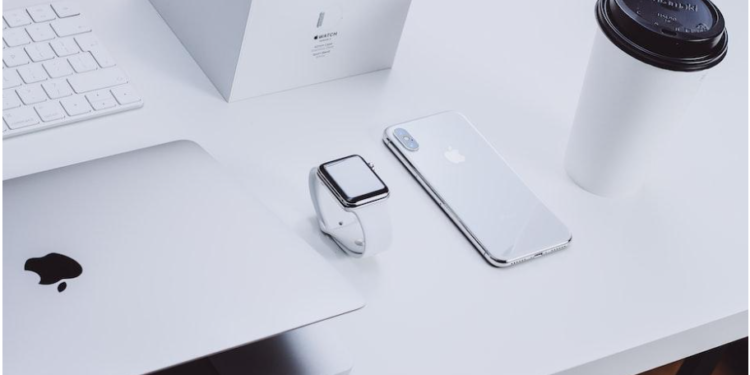 Already in June this year, Apple invited to the in-house exhibition. As always, the list of expected announcements was very long. As soon as it is about Apple’s software, the in-house Worldwide Developers Conference (WWDC) is the highlight of the year. At the developer fair, the main part of the presentation revolves around Apple’s operating systems.

Some of the novelties and innovations are certainly also perfectly suited to support the user in gaming or gambling and, for example, during a visit to https://www.online-casino-ontario.com/. We will take a closer look at exactly which innovations Apple will present this year.

Contents hide
1 In September, the new keynote from Apple
2 The Apple keynote with its expected highlights
2.1 Presentation of the iPhone14 with its innovative features
2.2 Improved Apple Watch Series 8 features expected
2.3 What are the new Air Pods Pro capable of?
2.4 Mac and iPad play a subordinate role at the Keynote
2.5 HomePod, MR headset and some other stuff
3 This is how the Apple keynote takes place in September

In September, the new keynote from Apple

If the rumor mill is to be believed, Apple fans can look forward to a lot of new things this year. Two new launches already took place in the first half of the year, and now in the fall, the excitement for innovation naturally doesn’t let up. The date for this year’s keynote is September 7. Apple users can certainly look forward to many new highlights.

The two big keynotes in the first half of the year were in March, where the 5th generation iPad Air and a new iPhone SE were presented, among other things. At the Worldwide Developers Conference (WWDC) in June, Apple then focused on the operating systems, as usual. Now, on September 7, everything revolves around the new iPhone models and further development of the Apple Watches.

The Apple keynote with its expected highlights

As always, it is of course not yet completely certain what will finally be presented at the keynote in September. But the rumor mill has been bubbling for a long time and corresponding information has leaked out, so that an approximate program can already be guessed in advance.

As it looks at the moment, Apple fans can look forward to details about the iPhone and the new Apple Watch in September. With regard to the Mac and iPad novelties, it is possible that Apple will schedule a second or even a third event. Looking back, we can see that Apple has done this more often in the past. How and whether that will be the case this time will probably depend purely on the scope of the innovations for these popular devices.

Presentation of the iPhone14 with its innovative features

Currently, it is at least certain that Apple will present its new iPhone 14 at the keynote in fall. The new generation is supposed to comprise a total of 4 models. The iPhone Max will probably replace the current Mini.

Until now, it was always the case that at the September keynote, the new Apple iPhones came along with new, faster and more powerful processors. However, there are rumors that say that this could be different this year. In insider circles, it is said that the iPhone will once again carry the Bionic A15 chip and only the Pro model will then get the upgrade to the A16.

As always, the Apple Watch plays an important role at the keynote in September. This will probably not change in September 2022. The Apple Watch Series 8 is likely to be the highlight of the Apple keynote. It is also conceivable that the Watch SE2 and the Watch Pro/Max for ambitious and experienced athletes will be presented.

Regarding the equipment, it is said that a sensor that can measure the body temperature will be presented for the new Apple Watch. However, the new chip is not likely to make any performance leaps, which has been leaked from the company so far.

What are the new Air Pods Pro capable of?

However, not only the iPhone and the Apple Watch are expected at Apple’s keynote in September, but also the new AirPods Pro 2 are to be presented. According to rumors, they will be presented in a completely new design. It is now possible that Apple has decided to change the design of the stems and that the new Air Pods Pro could look more like the in-ear headphones of the competition.

Furthermore, it is rumored that the new AirPods Pro will also get new types of sensors and an even more active noise cancellation. Apple’s main focus is supposed to be on fitness tracking.

Mac and iPad play a subordinate role at the Keynote

As already mentioned at the beginning, it is very likely that Apple will hold another keynote for the presentation of new Macs and iPads. Otherwise, the event’s scope could simply be blown up due to the many new features. Nevertheless, the presentation of the 10th generation iPad and a new iPad Pro are still expected for this fall.

There are also rumors of a return of the compact Mac Mini. Insiders report that this model will be equipped with four ports instead of the previous two. In addition, a new or updated MacBook is also expected in the fall. It is therefore conceivable that the new Pro models could come onto the market upgraded with the current M2 chips. This chip was just introduced at WWDC 2022, which is supposed to enable a significant performance leap in Apple devices.

In addition, there are also experts who assume that another innovation will be presented by Apple at the end of the year, because there is already talk of a new MacPro in secret. This way, Apple would also close this gap in its portfolio.

HomePod, MR headset and some other stuff

We can rightly expect the innovations just described as early as this fall, since Apple would otherwise no longer stick to its previous cycle. Besides the already mentioned products, experts expect further interesting announcements.

It has been a few weeks now, but rumors regarding a new HomePod caused quite a stir some time ago. Many will certainly remember the rather unsuccessful launch of the Apple smart speaker, but now Apple could be planning a comeback. A more extensive update seems to be planned for the HomePad mini as well.

With the announced smart home offensive, Apple would give the whole thing a new boost. However, it cannot yet be said with certainty whether these innovations will already be presented at the September keynote.

Further information from insiders is that there will be a Mixed Reality (MR) headset. Tim Cook himself has repeatedly made cryptic hints in this regard. This headset could also be equipped with an M2 chip. That would be Apple’s first product in this field.

This is how the Apple keynote takes place in September

Just like WWDC 2022, Apple’s September keynote will be held as a hybrid model, i.e. partly live and partly recorded, but a completely live program is also conceivable.