A Glimpse to the Future of Web Development and SEO Industry

by bilal
in Technology
0 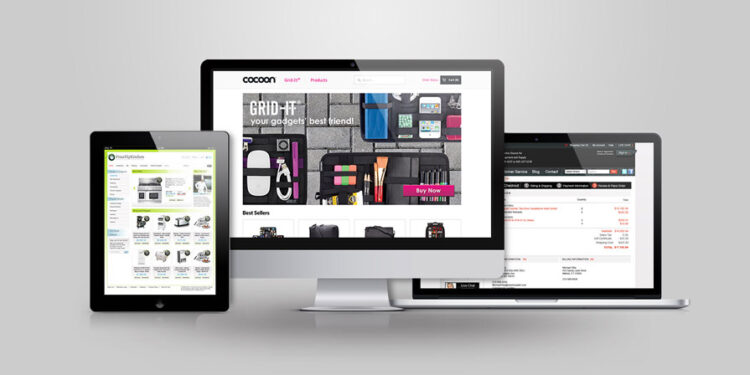 In 2021, Web Development is preparing to break the codes and change the representation that the world had of it. If it was limited to a single medium that is the computer screen, this is no longer the case. Web Development extends to smaller gadgets such as smartphones, smartwatches, and even virtual reality glasses. These technological tools, which have come to revolutionize our daily lives, force web developers to comply with the new rules.

With more than 1.8 billion websites, 200 million of which have remained active to this day, the world of the web remains in full growth. New websites are created every day, and just as many are forgotten after a few months. Obviously, this creates a climate of constant fear of failure within startups, but also small and medium-sized businesses. To remedy this, some startups and SMEs focus on these few important points, to design and develop their websites:

Discover in this article the new trends that will take place from 2021, in terms of programming and web development.

Augmented reality is the next improvement in terms of human-machine-environment interaction. It now opens up new perspectives that until then had been limited by our own imagination.

In truth, it was innovations in the design of computers, input and output devices, and the increase in the power of graphics processors that fostered the birth of augmented reality.

In addition, the democratization of smartphones and tablets is the main reason that pushed companies of all sizes to invest in the development of their own augmented reality applications. In addition, these firms had to recruit web developers in large numbers. However, technologies such as virtual reality, augmented reality web and mobile applications have not required the use of latest generation equipment.

Augmented reality is produced by replacing the normal camera with a camera that incorporates digital content. The latter is adapted to a part of the environment, so as to make believe that it is an integral part of it.

A Google study has indeed shown that many websites experienced a 53% drop in visits via mobile devices, because they took more than 3 seconds to load. Progressive web apps have completely solved this problem. To do this, they combine the best assets of web applications and basic applications. Better, users do not need to install them before having access to all the features.

With progressive web apps, your business gains visibility on the internet because it provides full screen mode and uses push notifications to personalize your own app. Designed with the improved version of HTML5, the progressive web application has enabled e-commerce giant Flipkart to convert 70% of visitors to regular users.

In addition, progressive web apps should soon be accessible via URLs and deployed on and for servers. We could also describe them as a mix between basic applications and responsive website.

Artificial intelligence is a major technological advance for humans. It appeared after the discovery of the artificial neural network. Machines today are comparable to human beings because they have the same neural network as the human brain. This neural network is essential for “machine learning”.

In fact, IT has made it possible to get the most out of website and mobile application development services. Yet very few notice the impact of neural networks in our daily lives.

Thanks to research and innovations in the fields of machine learning and neural networks, artificial intelligence has been able to achieve the desired results. It can simulate the empathy that humans possess and demonstrates a perfect mastery of what we call “common sense”. Giants such as Facebook, Google, Microsoft and Twitter are investing heavily in these areas.

Soon, web developers will have to add features or functionality based on artificial intelligence, to dramatically improve the internet.

Motion design for the user experience

Nowadays, no one wants to put in effort in tedious and monotonous activities. Everyone wants to simplify their life, so that they can work more easily. Using motion design for applications can significantly optimize the user experience of even a minimalist website, thanks to an elegant and ergonomic interface.

Adding elements to the interface intended to increase your site traffic can not only put you above the crowd, but also maximize user interest. This stimulates active interaction with the user and makes the site more user-friendly.

Likewise, by using this technology web developers benefit from several alternatives to create a functional and fun site. The latter will stand out from the thousands of sites using a static user interface.

As technology and innovations move to the next level, it becomes essential to focus more on the quality of your code. The programming should now be of better quality.

Indeed, the year 2021 forced programmers and web developers to deepen their approach to coding. In addition, they would need to innovate a minimum in their way of coding. This would help improve the performance of their future websites.

Every software development company should have a cleaner and crisper approach to coding software, so that it performs better. In other words, a business should create programs that provide better returns.

For those who don’t know, the low-code development platform is a kind of software offering an interface and functions that are easy to learn, for novice programmers. They will be able to code more simply and create even the most complex applications.

Since then, all eyes, including software development companies, have turned to low-code development platforms.

Almost all full stack developers prefer JavaScript (JS) as a programming language. The reason for this great popularity of the JS is that it adapts surprisingly to hybrid software.

In all web development projects, the choice of a programming language is a crucial step that decides the fate and functionality of the software to be developed. Several surveys have been carried out on this subject in previous years.

A Stack Overflow survey offered insight into the popularity of Node.js, adopted by 49.9% of developers versus 39.6% for Angular. However, there are other languages ​​like React, Net core or spring. According to experts, 2021 saw an increase in the use of Node.js within the developer community which will go on increasing next.

So far, I have summarized what happened in 2020 or before. Actually, I think there were many more things … but it will be long, so I focused on a larger topic.

Based on this trend, I would like to predict what will happen to SEO in 2021 or next!

From May 2021, the three Core Web Vitals indicators will be included in the ranking signal, but we do not expect the impact on the ranking to be that great (compared to core updates, etc.).

On the other hand, even now, measures and algorithm reforms to improve the user’s search experience are used not only for Core Web Vitals but also for ranking determination in various situations, and the range of influence may be wider and stronger in the future. We think.

When working on SEO, SEO Dublin experts at cliqued media focus more on the content, what to include in the page, which page to link to which page, database design, information design, etc. we also have broaden our horizons and focus on the ease of browsing pages, the ease of reading content, and the ease of finding information.

What you can do to be more user-first:

Of course, it is essential to support Core Web Vitals, but it is also important to take a bird’s eye view of your site from the perspective of UX as well as other parts. If your team or department is different, start by building a cross-cutting collaboration system.

From keyword optimization to web hosting

I think this has been a trend all the time in recent years, but rather than keywords, Google says, “People searching for that word have these needs, so this kind of information should match those people.” I think that the number of scenes that rank from a viewpoint has increased significantly compared to before.

In the past, I used to do things like “I should put the keywords I want to deal with in <title>”, but recently, even though there are no search terms in <title>, they are ranked high in the search results.

Of course, when you search, you usually type some keyword into the search window, so it is important to formulate a strategy based on the keyword, but from there, you can broaden your horizons one step further and say, “We are on the site. I think that it will be more and more important in 2021 to think about what kind of worries and desires the people who want to call have as a set.

A fast server also plays important role in the SEO of your business websites. When choosing a hosting company, you should get some information like what type of servers they are using like, cloud servers, dedicated web servers or shared hosting. For getting good and economical hosting visit whois Ireland by Cliqued Media.

When doing SEO, when consumers look for something, they just think that everyone will do search behavior with search engines such as Google and Yahoo!, but consumers are actually a lot. We are collecting information by means.

In web marketing, SEO is only one of the means, and our goal is to “get the target group to know and buy their products”, so for that purpose, the medium and channel used by the target We need to approach in all directions.

In fact, the number of YouTube users has increased significantly after the corona storm.

In 2021, how to expose in media other than websites and how to increase the number of touch points with customers will become very important in the context of SEO.

Reliability and uniqueness of each domain

This is also a trend in recent years, but as much as “what content it is”, “which domain is saying” is becoming an important factor in determining rankings.

Cases of companies working on content marketing are becoming commonplace, but recently, media operated in different domains are moving to subdirectories and subdomains of their own sites.

Even with the algorithm update made in 2020, sites operated in well-established and proven domains were not only unaffected, but many were highly evaluated.

In the flood of various information, the literacy of the reader is asked as to which information is correct and whether it can be trusted. Recently, fake news and hate speech have become social issues.

Domains are assets, and search engine evaluations are also given on a domain-by-domain basis. Therefore, it is no exaggeration to say that the reliability and uniqueness of the company’s brand on the Internet is evaluated on a domain-by-domain basis.If you want to provide high-quality content to your target users, SEO Company strongly recommends that you share it with your brand.