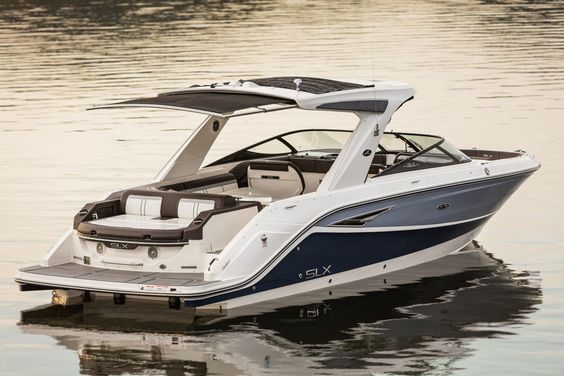 Boats are seen as the smaller siblings of gigantic ships. They have purposes and applications that ships may not have. Their smaller size and versatility allow them to be built more affordably. On top of the lower cost, the construction of these watercraft is completed quicker too. While most large ships were used for transporting goods, this is not the case with boats.

Some boats are designed to transport goods yet most have different applications in mind. These can range from being a small touring boat to fishing vessels and many more.

Several different types of boats are categorized into two main sections. Boats can either be powered by an engine or controlled via sails. A combination of both is unlikely yet possible too. These boats are smaller in size and can thus be fitted in a large quantity at docks. In fact, due to the large size, there are newer docks designed for these types of boats. For example, a drive-on boat dock acts as a portable parking space for these boats. Today, we will be focusing on what each type of engine-powered boat offers. A few different types of boats as well as their uses are summarised below.

Dinghy boats are popular for their smaller size and portability. These boats can either be powered by an engine or be used via oars. In terms of production, the use of plastic and rubber has made it easier to produce. These are then transported to various docks and companies to be used for applications. A common name to refer to the Dinghy Boat is to call it an inflatable because of its rubber properties.

When it comes to tangible real-world use, a Dhingy is mainly known as a helper boat. What this means is that these boats go alongside larger multi-use ships. They can be found hanging along the side of cruise liners too. They are then used for small purposes such as fishing while on sea or navigating narrow passages. They also act as an emergency exit in the form of small rubber boats.

These boats belong to the larger side of the spectrum. While their size is not comparable to the larger vessels, they are still bigger than small boats. The design of the Catamaran boathouse is a unique one that looks futuristic. This is because these types of boats are a recent addition to the watercraft family. The most unique design aspect of these boats is the fact that they have two hulls instead of one.

This effectively reduces the hull volume of the whole watercraft and gives it a lighter draft. When it comes to what the Catamaran is used for, there can be a bunch of applications. These boats are seen as a luxury and provide a status symbol. The smooth sailing capabilities are attractive to consumers who just want hassle-free boating. This also makes them exceptional fishing vessels as there is less disturbance under the water.

These boats are easy to produce and widely used for being affordable small boating options. They are produced with a budget in mind and to be used by farmers and ferrymen. There is typically no cabin installed on these boats due to their small size. Instead, the focus is on a center console with a few seats to house passengers. The main deck is kept free of space so that moving around can be easier.

The lack of a cabin and other comfort features is because of the uses for these boats. Since there is adequate moving space around the deck, fishing is ideal. It is possible to have multiple fishing rods set up across the deck due to the available space. Necessary fishing equipment such as oars can also be stored in the boat too. Some newer designs even include a storage space for fish that are caught.

Houseboats are the exact opposite of design decisions to center console boats. This is because these boats are designed to fill a cabin inside the available space. The overall boat size is variable and these boats come in large or small sizes. They are powered by a motor engine yet some can also be powered by a self-sufficient power source. Another way to refer to these boats is a Float House and rightfully so.

When it comes to how these boats are used, the answer is that they are considered portable homes. The cabin installed on the deck is plenty open and fitted with different features. A kitchen and installed sleeping quarters are some common accessories. These boats are ideal for luxury expeditions or for staying at sea for longer periods. The self-powered ones can belong at sea for even longer due to less power usage.

In the world of watercraft, these boats are in a league of their own. It is interesting and wildly entertaining to jump on what the massive vessels are used for. Yet it is here where the smaller-sized boats were produced where watercrafts first started. These boats have all sorts of purposes from being portable sailing homes to military applications. The four types above are but a taste of what boats are capable of. We hope you have learned something new in terms of what boats are used for.